Getting to Kanchanaburi from Bangkok

Travel Tips on getting to and around Kanchanaburi

Getting to Kanchanaburi from Bangkok is easy and very affordable.

Kanchanaburi is located roughly 2 to 3 hours west of Bangkok.
This however will greatly depend on the type of transport you take and off course navigating through Bangkok's busy streets and traffic. 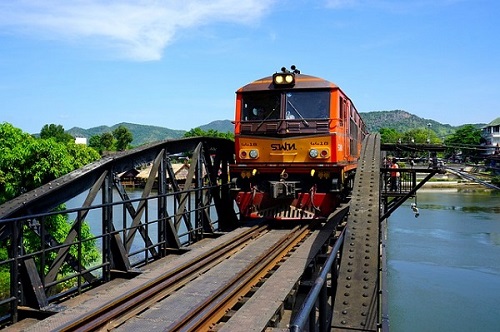 Getting to Kanchanaburi by Bus

Or alternatively you can catch a mini bus from Khaosan Road. 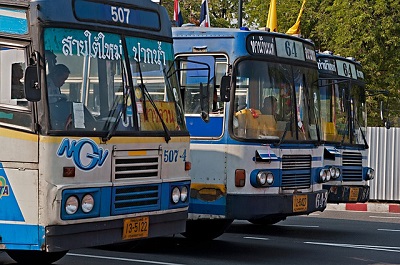 Prices for a bus from the southern bus terminal to Kanchanaburi will depend on what class bus you take, but expect to pay around 100 baht per person for a first class bus.

Buses running from Bangkok's Northern Bus Terminal to Kanchanaburi depart every hour, however they only run from 5.00 am to 4.00 pm daily.

The prices are a little higher from the northern bus terminal due to the longer distance, and you should expect to pay around 120 Baht for a first class bus.

From the bus station in Kanchanaburi you can get a local songthaew to take you to your hotel.

Getting to Kanchanaburi by Train 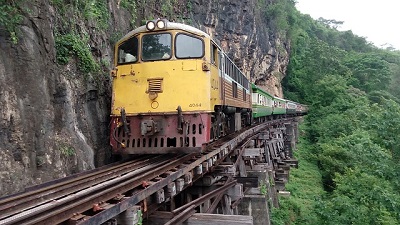 There is a third class train that runs twice a day from Bangkok’s Thon Buri Train Station to Kanchanaburi.

On weekends and public holidays there is a second class air conditioned train that departs from Hua Lamphong railway station.

We can’t really comment on the views from the train or the train ride itself as we didn’t travel by train.

However we were told by our very knowledgeable driver come guide, that the best way of getting to Kanchanaburi was by bus, mini bus or a pre organised transfer.

To explore the sights of Kanchanaburi contact
Easy Day Thailand 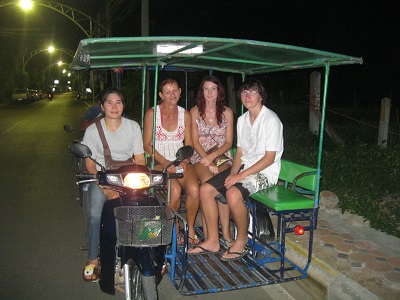 As with anywhere in Thailand you can easily hire a motorbike or car to get around.

For short trips around the city area many of the hotels and resorts hire out pushbikes, or alternatively you can catch a motorbike taxi to get around.

The motorbike taxi in the picture above cost around 100 baht per person for a short trip and can carry four people.

If you are interested in visiting the historical sights in and around Kanchanaburi on a personalized tour, we can highly recommend that you contact the travel experts at Easy Day Thailand, to help you organise your transfers and tours. 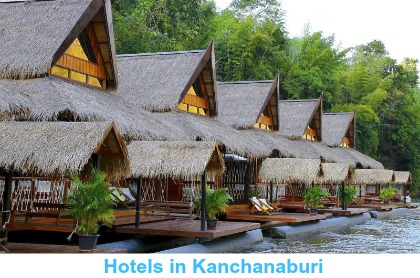 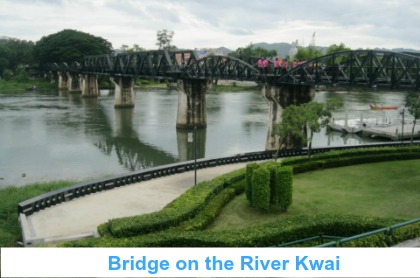 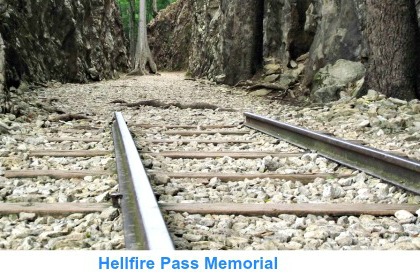 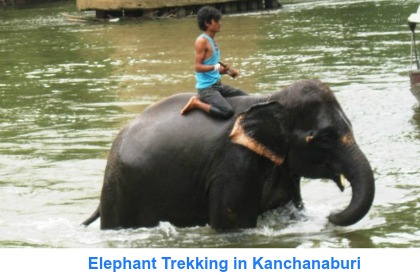 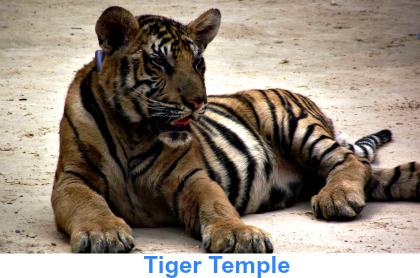 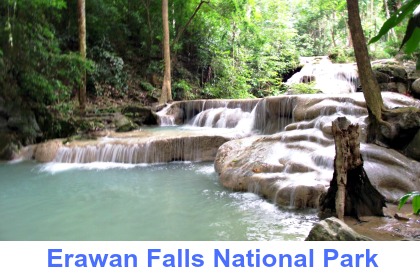 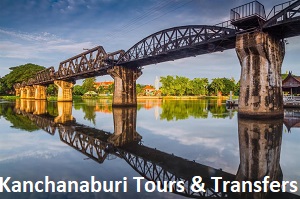 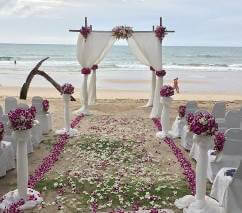 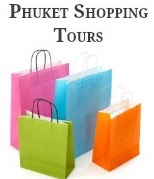